Abortifacients are substances that induce an abortion. The most common abortifacients used for medical abortions include Mifepristone, which is typically used together with Misoprostol, and Misoprostol used alone. There are also several herbal mixtures used as abortifacients, although there is no evidence that proves their efficacy in humans.

Abortifacients are substances that induce an abortion.

Similar to prostaglandin, as Misoprostol or Geme Prost (both similar to synthetic prostaglandin E1), they are often used to terminate a pregnancy during its first trimester. Sometimes they are used in conjuction with another abortifacient as Mifepristone (an antagonist of the progesterone receptor) or the Methotrexate (an antifolate).
Misoprostol inserted into the vagina is more efficient than when taken by mouth. However, the sublingual route is more effective than the vaginal route. Misoprostol alone is also used for self-induced abortion in some Latin American countries, where legal abortion is not available and also by some populations in the USA that can’t afford a legal abortion.

Before the pharmaceutical era, there was a broad range of non pharmaceutical abortifacients. These included herbs, minerals, and rituals/spiritual preparations. Its effectiveness is difficult to determine, since almost of all these cases occurred before the emerge of clinical trials and scientific method. Those that still remain in use nowadays are considered useful in many levels; while others are very effective, but can adverse side effects (mainly due to toxicity), something that prevented them to spread even further.

Always have someone to accompany you during the abortion procedure. You will feel more secure and in case of complications, that person can help you.

The history of abortifacients

The ancient Greek colony of Cyrene had an economy almost entirely based on production and exportation of the Silphium plant, which was considered to be a powerful abortifacient. Silphium figured so prominently in the wealth of Cyrene that the plant appeared on coins minted there. The Silphium, that only came from this part of Libya, was so excessively cropped by the Greeks that ended up being driven to extinction. This standard theory, however, has been challenged by a whole range of alternative theories, ranging from extinction due to climatic factors to the hypothesis to attempt misinformation, since the recipe was made of an herbal compound and not merely with a single herb. 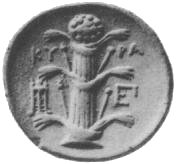 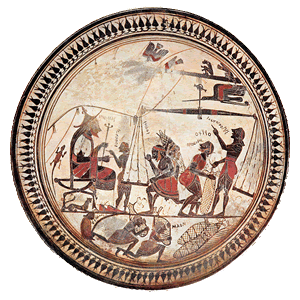 KYLIX: BIBLIOTHÈQUE NATIONALE / ARCHIVES CHARMET / BRIDGEMAN ART LIBRARY
Arcesilas II, king of Cyrene 560-550 aC, is shown watching the weighing and loading for export Silphium of VI century BC. From Greek kylix or a glass of drink.

In Aboriginal Australia, plants such as Madidum Cymbidium, Petalostigma Pubesces, Eucalyptus Gamofila were taken as abortifacients. But the process was also done through vaginal steaming with Erythropleum Chlorostachyum. With Christianity and particularly under the influence of the Catholic Church in the European society, those who dispensed abortifacient herbs found themselves classified as witches and were frequently persecuted. Medieval Muslim physicians documented extensive and detailed lists about birth control, including the use of abortifacients and discussed their effectiveness and prevalence. The use of abortifacients was acceptable to the Islamic jurists on the condition that the abortion occurred within 120 days, when it is considered that the fetus becomes fully human and receive its soul. In English law, the abortion did not become illegal until the year of 1803. Some of the abortifacients used by women in England during the 19th century (not necessarily safe or effective) included Diachylon, sarvin, ergot, pennyroyal, elm, nutmeg, rue, squills and Hiera Picra.

The last comment and 2 other comment(s) need to be approved.
0 replies

Want to join the discussion?
Feel free to contribute!

This site uses cookies. By continuing to browse the site, you are agreeing to our use of cookies.

We may request cookies to be set on your device. We use cookies to let us know when you visit our websites, how you interact with us, to enrich your user experience, and to customize your relationship with our website.

Click on the different category headings to find out more. You can also change some of your preferences. Note that blocking some types of cookies may impact your experience on our websites and the services we are able to offer.

These cookies are strictly necessary to provide you with services available through our website and to use some of its features.

Because these cookies are strictly necessary to deliver the website, you cannot refuse them without impacting how our site functions. You can block or delete them by changing your browser settings and force blocking all cookies on this website.

We also use different external services like Google Webfonts, Google Maps and external Video providers. Since these providers may collect personal data like your IP address we allow you to block them here. Please be aware that this might heavily reduce the functionality and appearance of our site. Changes will take effect once you reload the page.